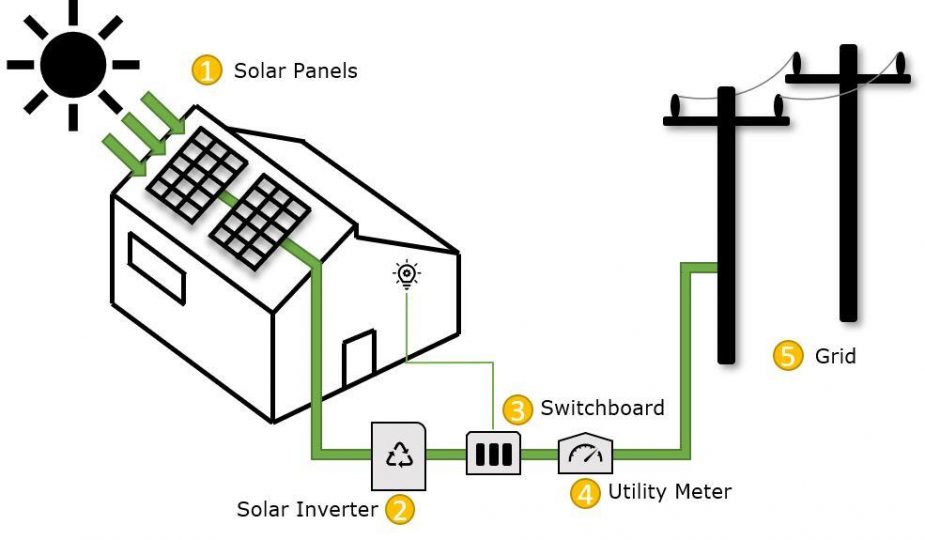 Both are produced through the use of solar panels, which range in size from residential roofs to “solar farms” spanning acres of rural terrain.

Yes, solar power is a renewable and limitless energy source; energy will be released as long as the sun shines.

Another clean energy advantage of solar power is that, unlike the combustion of fossil fuels, it produces no detrimental greenhouse gas emissions.

Solar panels have a low carbon footprint since they last for 25 years or more with no loss of efficiency. Furthermore, because the materials used in the panels are increasingly recycled, the carbon footprint will continue to decrease.

When was solar energy first discovered?

Humans employed solar energy as early as the seventh century B.C., when they used sunlight to light fires by reflecting the sun’s beams onto polished surfaces. Later, in the third century B.C., the Greeks and Romans used mirrors to harness solar power to light torches for religious rites.

Edmond Becquerel, a 19-year-old French scientist, discovered the photovoltaic (PV) phenomenon while working with a cell comprised of metal electrodes in a conducting fluid in 1839. He noticed that when the cell was exposed to light, it produced more power – it was a photovoltaic cell.

Satellites, or spacecraft circling the Earth, are now powered by solar energy.

How is solar energy converted into electricity?

Solar panels are typically constructed of silicon and housed in a metal panel frame with a glass enclosure. When photons, or light particles, strike the thin layer of silicon on the top of a solar panel, electrons are knocked off the silicon atoms.

This PV charge generates an electric current (direct current or DC), which is collected by the solar panel wiring. An inverter converts the direct current (DC) power to alternating current (AC). AC is the type of electrical current that is utilised when plugging appliances into standard wall sockets.

What is the distinction between solar PV and solar thermal panels?

As previously stated, solar PV panels create electricity, but solar thermal panels generate heat. While the energy source is the same – the sun – the technology used in each system is unique.

Solar PV is based on the photovoltaic effect, in which a photon (the fundamental unit of light) strikes a semi-conductor surface such as silicon and causes an electron to be released. Solar thermal is a less complicated method of heating water (or other fluids) directly by sunshine. Solar thermal panels are also mounted on a roof facing the sun for home usage, heating water stored in a hot water cylinder and so providing hot water and warmth. Solar thermal may also be employed in power plants on a greater scale.

What exactly are solar farms?

Solar farms, also known as solar parks or solar fields, are enormous tracts of land with linked solar panels spread across several acres in order to capture significant amounts of solar energy at the same time. Solar farms, as opposed to individual solar panels that typically power a single home or building, are built for large-scale solar energy output that feeds directly into the grid.

Can solar energy be produced on a cloudy day?

Yes, it is possible. The United Kingdom may not appear to be the ideal country for solar energy generation, but solar power just requires a certain amount of sunshine to capture the sun’s energy. However, the pace at which solar panels create power varies depending on the quantity of direct sunlight available as well as the quality, size, number, and placement of the panels in use.

How much solar energy does the UK presently produce?